Intersectional feminism is the only feminism we allow here! It’s time to open a book written by someone who isn’t male, straight, or white for a change. Many of my favorite (literally all of them) feminist books are written by POC women. These women not only write about their struggles as a woman but being both black and a woman. While I’m pretty sure some of these authors identify as LGBT+ as well, I’m not quite sure so I don’t want to mislabel anyone’s sexuality. But for now, enjoy this list of some of my favorite and anticipated feminist books by POC!

1. This Will Be My Undoing by Morgan Jerkins

“From one of the fiercest critics writing today, Morgan Jerkins’ highly-anticipated collection of linked essays interweaves her incisive commentary on pop culture, feminism, black history, misogyny, and racism with her own experiences to confront the very real challenges of being a black woman today—perfect for fans of Roxane Gay’s Bad Feminist, Rebecca Solnit’s Men Explain Things to Me, and Chimamanda Ngozie Adichie’s We Should All Be Feminists.

Morgan Jerkins is only in her twenties, but she has already established herself as an insightful, brutally honest writer who isn’t afraid of tackling tough, controversial subjects. In This Will Be My Undoing, she takes on perhaps one of the most provocative contemporary topics: What does it mean to “be”—to live as, to exist as—a black woman today? This is a book about black women, but it’s necessary reading for all Americans.”

I actually have a review of this book on my blog here. 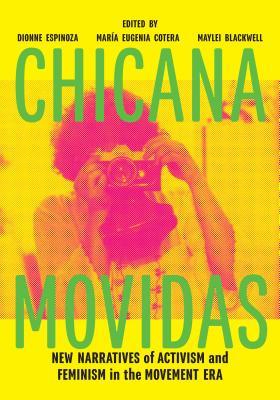 “With contributions from a wide array of scholars and activists, including leading Chicana feminists from the period, this groundbreaking anthology is the first collection of scholarly essays and testimonios that focuses on Chicana organizing, activism, and leadership in the movement years. The essays in Chicana Movidas: New Narratives of Activisim and Feminism in the Movement Era demonstrate how Chicanas enacted a new kind of politica at the intersection of race, class, gender, and sexuality, and developed innovative concepts, tactics, and methodologies that in turn generated new theories, art forms, organizational spaces, and strategies of alliance.

These are the technologies of resistance documented in Chicana Movidas, a volume that brings together critical biographies of Chicana activists and their bodies of work; essays that focus on understudied organizations, mobilizations, regions, and subjects; examinations of emergent Chicana archives and the politics of collection; and scholarly approaches that challenge the temporal, political, heteronormative, and spatial limits of established Chicano movement narratives. Charting the rise of a field of knowledge that crosses the boundaries of Chicano studies, feminist theory, and queer theory, Chicana Movidas: New Narratives of Activisim and Feminism in the Movement Era offers a transgenerational perspective on the intellectual and political legacies of early Chicana feminism.”

3. How We Get Free: Black Feminism and the Combahee River Collective edited by Keeanga-Yamahtta Taylor

“The Combahee River Collective, a group of radical black feminists, was one of the most important organizations to develop out of the anti-racist and women’s liberation movements of the 1960s and 70s. In this collection, founding members of the organization and contemporary activists reflect on the legacy of its contributions to black feminism and its impact on today’s struggles.”

4. I Am Malala: The Story of the Girl Who Stood Up For Education and Was Shot by the Taliban by Malala Yousafzai 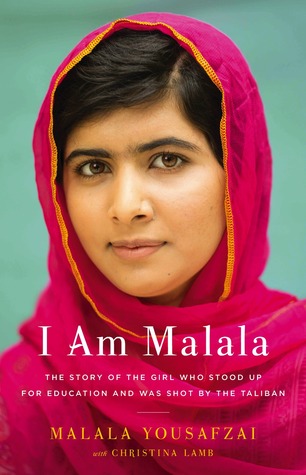 “I come from a country that was created at midnight. When I almost died it was just after midday.

When the Taliban took control of the Swat Valley in Pakistan, one girl spoke out. Malala Yousafzai refused to be silenced and fought for her right to an education.

On Tuesday, October 9, 2012, when she was fifteen, she almost paid the ultimate price. She was shot in the head at point-blank range while riding the bus home from school, and few expected her to survive.

Instead, Malala’s miraculous recovery has taken her on an extraordinary journey from a remote valley in northern Pakistan to the halls of the United Nations in New York. At sixteen, she has become a global symbol of peaceful protest and the youngest-ever Nobel Peace Prize laureate.

I Am Malala is the remarkable tale of a family uprooted by global terrorism, of the fight for girls’ education, of a father who, himself a school owner, championed and encouraged his daughter to write and attend school, and of brave parents who have a fierce love for their daughter in a society that prizes sons.”

On the eve of International Women’s Day in 2015, the Chinese government arrested five feminist activists and jailed them for 37 days. The Feminist Five became a global cause célèbre, with Hillary Clinton speaking out on their behalf, and activists inundating social media with #FreetheFive messages. But the Feminist Five are only symbols of a much larger feminist movement of civil rights lawyers, labor activists, performance artists and online warriors that is prompting an unprecedented awakening among China’s urban, educated women. In Betraying Big Brother, journalist and scholar Leta Hong Fincher argues that the popular, broad-based movement poses the greatest threat to China’s authoritarian regime today.

Through interviews with the Feminist Five and other leading Chinese activists, Hong Fincher illuminates both the challenges they face and their “joy of betraying Big Brother,” as Wei Tingting—one of the Feminist Five—wrote of the defiance she felt during her detention. Tracing the rise of a new feminist consciousness through online campaigns resembling #MeToo, and describing how the Communist regime has suppressed the history of its own feminist struggles, Betraying Big Brother is a story of how the movement against patriarchy could reconfigure China and the world.”

6. Feminism is for Everybody by bell hooks 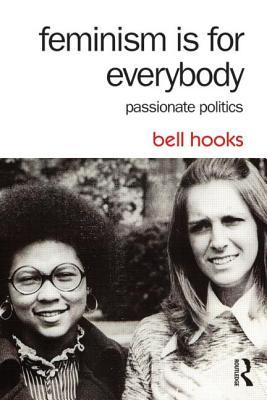 “Acclaimed cultural critic bell hooks offers an open-hearted and welcoming vision of gender, sexuality, and society in this inspiring and accessible volume. In engaging and provocative style, bell hooks introduces a popular theory of feminism rooted in common sense and the wisdom of experience. Hers is a vision of a beloved community that appeals to all those committed to equality, mutual respect, and justice. hooks applies her critical analysis to the most contentious and challenging issues facing feminists today, including reproductive rights, violence, race, class, and work. With her customary insight and unsparing honesty, hooks calls for a feminism free from barriers but rich with rigorous debate. In language both eye-opening and optimistic, hooks encourages us to demand alternatives to patriarchal, racist, and homophobic culture, and to imagine a different future.”